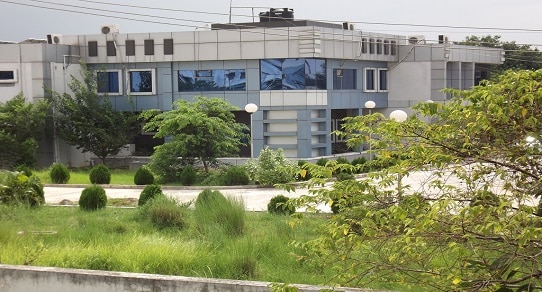 The Ph.D. program in IIT Patna has started in Engineering, Science and Humanities & Social Sciences departments since July 2009. Faculty members at IIT Patna have diverse areas of research. Till date, IIT Patna has 45 research scholars that include eight CSIR/UCG JRF awardees. Students enrolled in PhD program in IIT Patna are guided to do high quality research. Relevant departments are equipped with state-of-art research equipment and have access to peer reviewed journals. Ph.D. Supervisors in IIT Patna are committed to mentor research scholars and groom them for successful careers.

Central library: The Central Library of IIT Patna is one of the advanced libraries in terms of its collection and services. Central Library caters to the information needs of its highly demanding faculty members, students, research scholar as well as staff of the Institute, by offering a wide range of Information Technology (IT) based (and value added) services and products. The Central Library is in fast growing stage. It was started in December 2008 with approximately 1000 books and one online resource. During the short span of time the library has acquired more than 6000 books and about 25 online e-resources including e-books and e-journals. This library is equipped with modern technology of library automation system with Online Public Access Catalogue (OPAC) and Self Check-In and Shelf Check-Out (Drop Box) system using RFID technology. The Library has 15 computers for accessing the different e-resources of the library.

Hostel: IIT Patna has three boy’s hostels and one girls’ hostel. All the hostels are very close to the academic complex. Presently about 400 students are residing in these hostels. There is a lush of greenery around the hostels. The students have access to Wi-Fi and LAN connectivity. In addition to the adequate health care facilities, all the students are covered under Vidyarthi Mediclaim Insurance Policy. The hostels are equipped with gymnasium and table tennis facilities. The Boys’ hostel campus has a basketball court, a volleyball court, and badminton court. A football-cum-cricket ground will also be available very soon. A new Gymkhana building is under construction that will house an Indoor Badminton Court, music and dance hall, and a yoga room. There are two students’ mess and one canteen in the hostel-campus. The students elect a student senate once every year in the month of February

Three wonderful years have already passed and no one even realized it. IIT Patna celebrated its 3rd foundation day on 6th of this August. This Eventful day began with a debate organized by the cultural society of IIT Patna on the theme socio-cultural impact of cinema on people. Dr.Debjyothi Banarjee, Prof. Shaileswar Sati Prasad, Dr. Ram Ranjan, Dr.Preetam were present at the scene to judge the students. The shared few of their experiences and also gave tips to the students so they can improve themselves and perform better. Enthusiastic students, combined effect of the organizers and not to forget the topic which is still makes us ponder every time it strikes us in every step of our life made the event a grand success.

The environmental club of IIT Patna with the support of Red Cross society organized a blood donation camp which had a humungous response. Large number of students turned up exhibiting their compassion.
“Revisiting Newton’s Laws: Possible modification and Profound Cosmological Consequences”  Students were given a account of cosmic scenario in an enthralling lecture by Dr. Amitabh Ghosh former professor of IIT Kanpur and former director of IIT Kharagpur.

The faculty and staff took a break from their usual routine which mostly consists of books and files to get some fresh air and recharge themselves. A volleyball match was organized by the Sports club with students on one side and faculty and staff on the other. Both the teams exhibited a great skill and sportsmanship and entertained the viewers. Match was won by students although the teachers seemed to believe that the students should get a chance to win over them at least once.

A bit of knowledge doesn’t hurt.

Later in the evening Dr. Amitabh Ghosh repeated the feat of attracting the audience and explaining complicated phenomenon in simple lucid language. He mainly focused on the topics of his research on Astronomy in parallel throwing some light on most common paradoxes which on the whole made a memorable evening.
Drums were replaced by Tabla. Sitar took the place of guitar. Cool breeze and slight drizzle added to the beauty to the musical night by Spic Macay which was the highlight of the day. It equally entertained all the age groups to their fullest making the showdown a pleasant one.