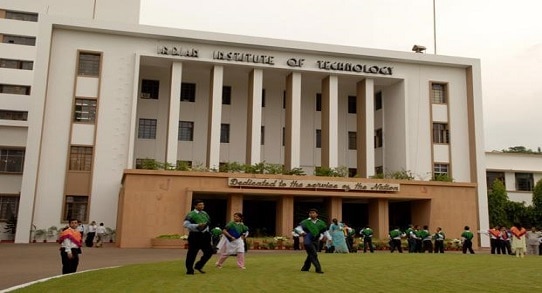 In the year 1952, under the leadership of Professor E. Braner, a group of ten students formed the nucleus of this department. Soon it developed into a full-fledged undergraduate programme also offering post-graduate courses in 1956, for the first time, in the country. The Institute of Town Planners had also its beginning in this department. With time, pioneering attempts were made to start advance training in Building Science, Application of Computer Techniques in Architectural design Simulation, Presentation Graphics and Construction Technology.

Campus:The campus of IIT-KGP stretches over 2100 acres of land and is the hugest of all IIT campuses. The campus is famous for its historic architecture as it is the oldest of all. The campus is just 5 kilometers  away from the railway station.There are so many residents in the campus that it looks like a whole city in itself. There are a total of 18 hostels in the campus near the Scholar’s Avenue.The campus starts with 3 halls called the Patel, Azad and Nehru halls which are among the total of 8 boys’ hostels for studying undergraduate courses. For girls enrolled in undergraduate course 2 hostels have been built. There are 2 more hostels for the postgraduate course-studying girls among other buildings for postgraduate boys’ hostels.

Central library:The Central Library began its existence in 1951. Since then, it has grown in size and content along with the Indian Institute of Technology to take the present shape. All these years, it has been the life-line for the academic activity of the institute. At present, it stands as a modern library with a lot of automation and as the largest of the seven IIT’s in terms of the number of books and journals.

Hostel:The Hostels (known as Halls for historical reasons) are laid out along Scholars Avenue, a road that runs from the Institute gates all the way up to the B. C. Roy Technology Hospital. There are eight hostels in all for Undergraduate male students and three for women. In addition, there are a few Post Graduate Students’ hostels. Almost every hall has a canteen, a stationery shop, and a fruit stall.

Held annually in January, Spring Fest is the largest social and cultural festival in the country

Kshitij: It is the biggest techno-management festival of Asia with a total budget of more than 1.5 crore and a total prize money of Rs 50 lake. An annual techno-management festival organized  in January or February, it receives participation from foreign universities as well. Events include technical workshops, seminars, and competition
18 Dec 2014 to 21 Dec 2014 International Conference on Geometric Function Theory and its Applications (ICGFTA-2014