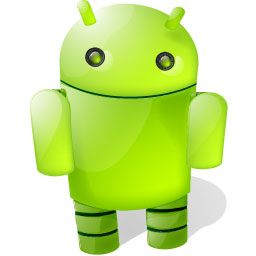 Android is an open-source software stack for mobile devices that includes an operating system, middleware and key applications. Google Inc. purchased the initial developer of the software, Android Inc., in 2005. Android’s mobile operating system is based upon a modified version of the Linux kernel. Google and other members of the Open Handset Alliance collaborated on Android’s development and release. The Android Open Source Project (AOSP) is tasked with the maintenance and further development of Android.

Canalys reported that in Q4 2010 the Android operating system was the world’s best-selling Smartphone platform, dethroning Nokia’s Symbian from the 10-year top position According to Gartner, Symbian is still slightly ahead on sales if some legacy non-Nokia Symbian Smartphone’s are included in the Q4 2010 figures. It’s open-source software stack consists of Java applications running on a Java-based, object-oriented application framework on top of Java core libraries running on a Dalvik virtual machine featuring JIT compilation. Android has a large community of developers writing application programs (“apps”) that extend the functionality of the devices. There are currently over 150,000 apps available for Android. Android Market is the online app store run by Google, though apps can also be downloaded from third-party sites. Developers write primarily in the Java language, controlling the device via Google-developed Java libraries.

All students will learn to:

Trainers: We have a pool of world-class, experienced corporate trainers who conduct the workshops in colleges.

Also, we offer unbeatable sponsorship packages to colleges & fests in which our workshops are conducted!

Liked what you read?? Want to get associated with us?? Want to conduct a workshop at your college??

Get in touch with us: