Expressed mathematically, the relationship between the voltage dropped across the inductor and rate of current change through the inductor is as such:

If we were to plot the current and voltage for this very simple circuit, it would look something like this: (Figure below) 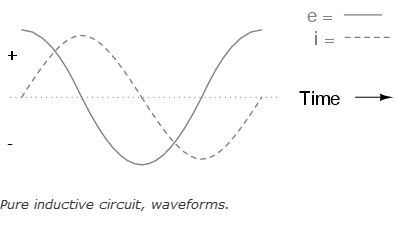 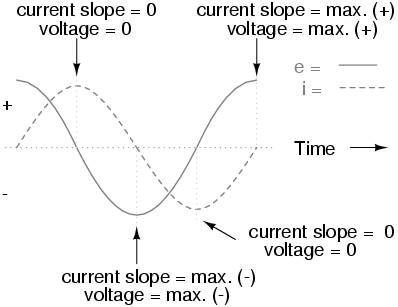 Current lags voltage by 90o in a pure inductive circuit.