Plots of molecular orbital:
An MO is a function of the coordinates of an electron. To plot a function of x, y, z, we need a four dimensional plot and this is clearly not possible. The other simpler options for plotting the MO are:

c) Show the pixel plots (charge density plots of the squares of the wave function. In such a plot, dense points indicate the regions where the value of is large and sparse points correspond to regions wherein the values of are low. 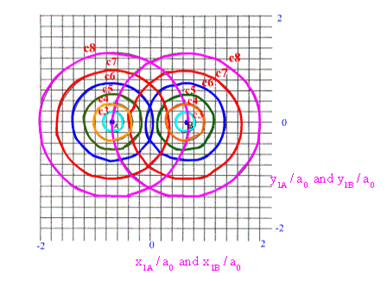 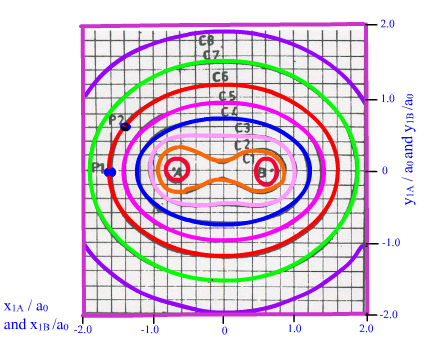 Fig 1(b) Contours of the two atomic orbitals on the two hydrogen atoms A and B are shown for comparision with the molecular orbital.

When r (r1A or r2A ) is constant, the s orbital is a circle. On different circles, the values of the orbitals are different and they are marked as C1 , C2 ….. C8 . For both the AOs, the normalization constant is , where a0 is the Bohr radius, 0.529 . By estimating the value of r from the plot, you can easily estimate the values C1….C8