Introduction:
structures that can move independently of one another. Building separation joints can be classiÞ ed into three types: volume-change joints, settlement joints, and seismic separation joints.

Building separation joints are created by constructing independent structures on either side of the plane of the joint, usually with entirely separate foundations, columns, and slabs . Each of these independent structures is small enough and compact enough in its geometry that it is reasonable to believe that it will move as a unit in response to the forces that are expected to act upon it.


Detailing Movement Joints:
The  first imperative in detailing a movement joint is to determine what type or types of movement the joint must be designed to accommodate. This is not always simple. Often the same joint is called upon to perform simultaneously in several of the ways that are outlined hereÑas a volumechange joint, a settlement joint, and a seismic joint, for example. A joint in a composite masonry wall may serve as both an expansion joint for the brick facing and a control joint for the concrete masonry backup. Once the function or functions of a joint have been determined, the expected character and magnitude of motion can be estimated with the aid of standard technical reference works, and the joint can then be designed accordingly.


It is important that any structural materials that would restrict movement be discontinued at a movement joint. Reinforcing bars or welded wire fabric should not extend through a control joint. Expanded metal lath is interrupted at control joints in plaster or stucco. The primary loadbearing frame of a building is interrupted at building separation joints. At the same time, it is often important to detail a movement joint so that it will maintain a critical alignment of one sort or another. several expansion and control joints that use interlocking masonry units or hard rubber gaskets to avoid outof- plane movement across the joint. In concrete slabs, smooth, greased, closely spaced steel dowels are often inserted across a control joint at the midheight of the slab; these permit the joint to open up while ensuring that the slab will remain at the same level on both sides of the joint. The curtain wall mullion in allows for movement along one axis.

while maintaining alignment along the two other axes. Joints must be designed to stop the passage of heat, air, water, light, sound, and Þ re. Some must carry trafÞ c, as in the case of joints in ß oors or bridge pavements. All must be durable and maintainable, while simultaneouslyadjusting to movement and maintaining an acceptable appearance.Each joint must be detailed toallow for the expected direction andextent of movement: Some joints willhave to operate only in a pushÐpullmanner, while others are expected to accommodate a shearing motion and even a twisting motion as well. The exterior joint closure is usually obtained by means of a bellows of metal or synthetic rubber.

A perusal of manufacturersÕ catalogs classiÞ ed under Section 07 95 00, Expansion Control, of the CSI/CSC MasterFormat system will reveal hundreds of different joint closure devices for every purpose. Every designer of buildings must develop a sure sense of where movement joints are needed in buildings and a feel for how to design them. This is neither quick nor easy to do, for the topic is large and complex, and authoritative reference material is widely scattered. Numerous buildings are built each year by designers who have not acquired this intuition. Many of these buildings are Þ lle with cracks even before they have been completed. This brief essay and  the related illustrations throughout the book are intended to create an awareness of the problem of movement in buildings and to establish a logical framework that the reader can fill in with more detailed information over time. 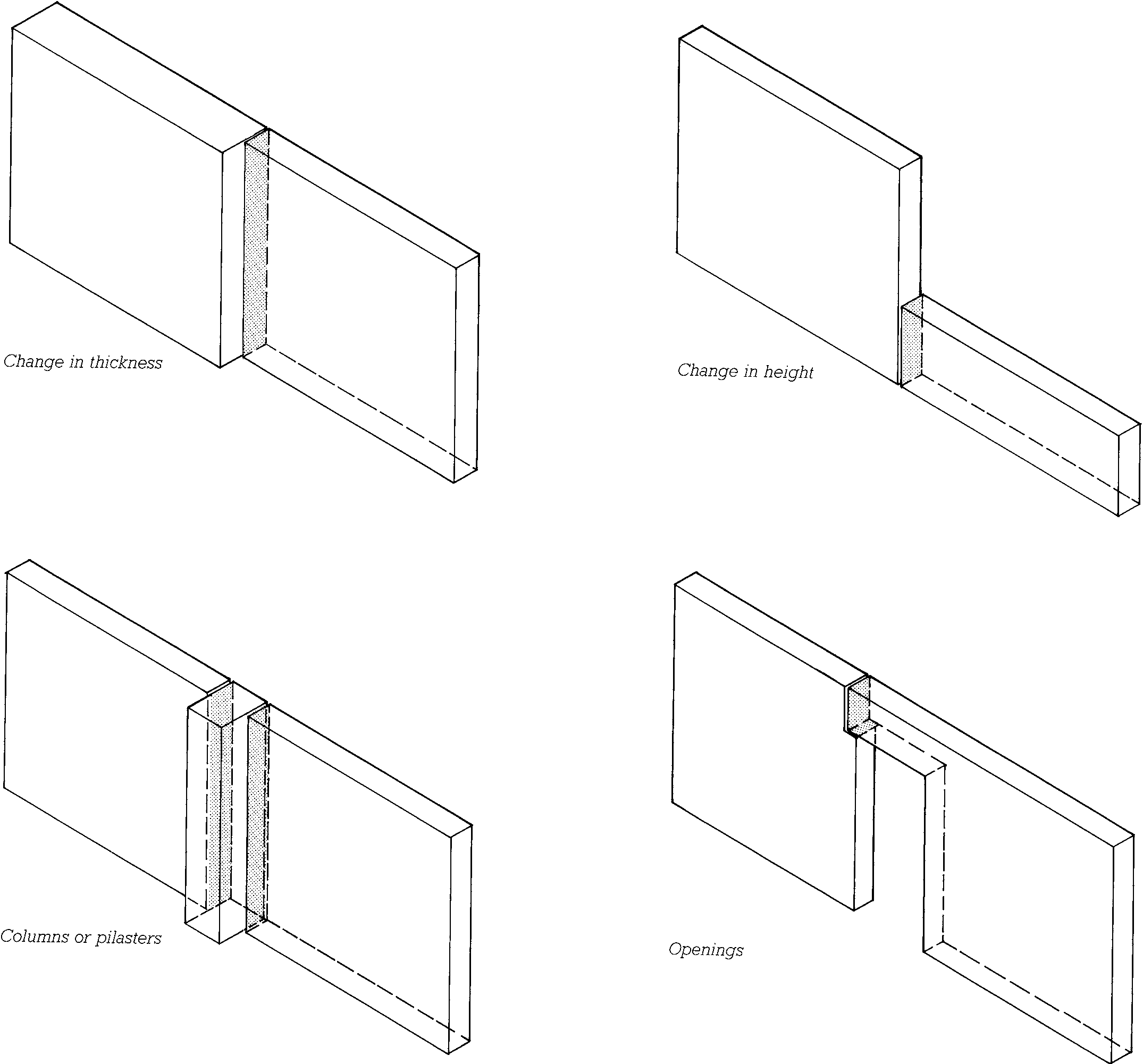