INTRODUCTION: A dimension is a measure of a physical variable. In fluid mechanics, there are four primary dimensions: mass, length, time, and temperature. Primary dimensions are defined as independent dimensions, from which all other dimensions can be obtained. They are listed below, along with their symbols.

The table below list the most common units used in the: 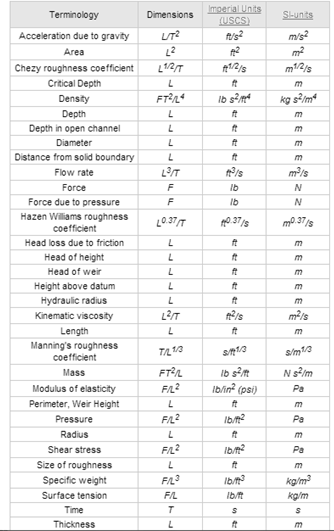