INTRODUCTION:In the beginning, of course, there were no GIS “experts” and nobody specifically set out to develop a new body of technology nor a new scientific discipline for that matter. It would be nice to point to a date, a place, an individual and say, “That’s where it all started, that’s the father of GIS.” But no. As Coppock and Rhind put it in their article on the History of GIS (1991), ”unhappily, we scarcely know.”  In the mid-1960s, there were professionals from a range of disciplines, not many and mostly in North America, who were excited by the prospect of handling spatial data digitally. There were three main focal points: the Harvard Graduate School of Design, the Canada Land Inventory, and the U.S. Census Bureau. In each of these organizations were small groups of pioneers who made important contributions toward laying   the foundations for today’s GIS industry.  The significance of the Harvard Graduate School of Design lies in it Laboratory for Computer Graphics and Spatial Analysis, a mapping package called SYMAP (1964), two prototype GIS, called GRID (1967), and ODYSSEY (c. 1978), and a group of talented individuals within the laboratory and the wider graduate school: N. Chrisman, J. Dangermond, H. Fisher, C. Steinitz, D. Sinton, T. Peucker, and W. Warntz, to name a few. The creator of SYMAP was Howard Fisher, an architect. His use of line printers to produce three types of map—isocline, choropleth, and proximal—was a 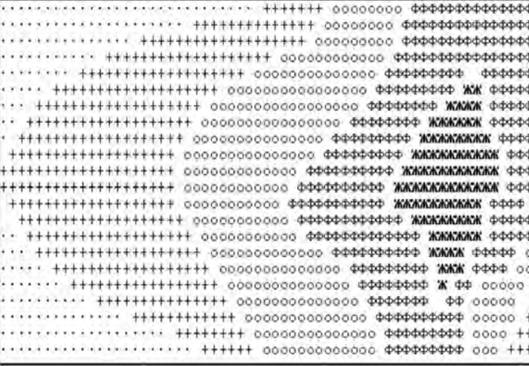 Way of visualizing or recognizing spatial similarities or groupings in human and physical phenomena (McHaffie, 2000). The other leap was a recognition (rightly or wrongly) that just about any such phenomenon, no matter how ephemeral or whether described quantitatively or qualitatively could be represented as a map of surfaces or regions. The printing of these maps using equally spaced characters or symbols, line by line, naturally resulted in a “blocky,” cell-based map representation (Figure 2.1). David Sinton, a landscape architect, took cell-based (raster) mapping forward with GRID, which allowed analyses to include several thematic data sets (layers) for a given area. Furthermore, by 1971 a rewrite of GRID allowed users to define their own logical analyses rather than being restricted to a limited set of prepackaged procedures. Thus, a flexible user interface had been developed. By the late 1970s, ODYSSEY, a line-based (vector) GIS prototype had been written capable of polygon overlay. In this way, it can be seen that the overlay or coanalysis of several thematic layers occupied the heart of early GIS software strategies (Chrisman, 1997). In 1966, the Canada Geographic Information System (CGIS) was initiated to serve the needs of the Canada Land Inventory to map current land uses and the capability of these areas for agriculture, forestry, wildlife, and recreation (Tomlinson, 1984). Tomlinson had recognized some years earlier t the manual map analysis tasks necessary for such an inventory over such a large area would be prohibitively expensive and that a technological solution was necessary. Within this solution came a number of key developments: optical scanning of maps, raster to vector conversion, a spatial database management   system, and a seamless coverage that was nevertheless spatially partitioned into “tiles.” The system was not fully operational until 1971, but   Sample of a SYMAP-type line printer contour map showing emphasis on similarities.