Effects of increasing normal effective stresses on the response
of soils. 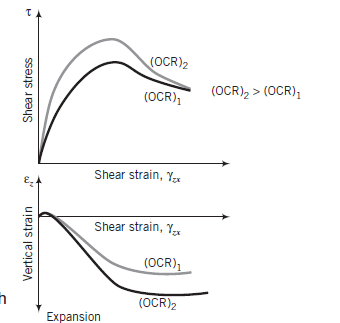 Effects of OCR on peak strength
and volume expansion.