if the IERS spin axis is regarded as the Z-axis, the X-axis is in the direction of the zero meridian (IRM) and the Y-axis is perpendicular to both, a conventional three-dimensional coordinate system is formed. If we regard the origin of the cartesian system and the ellipsoidal coordinate system as coincident at the mass centre of the Earth then transformation between the two systems may be carried out as follows: 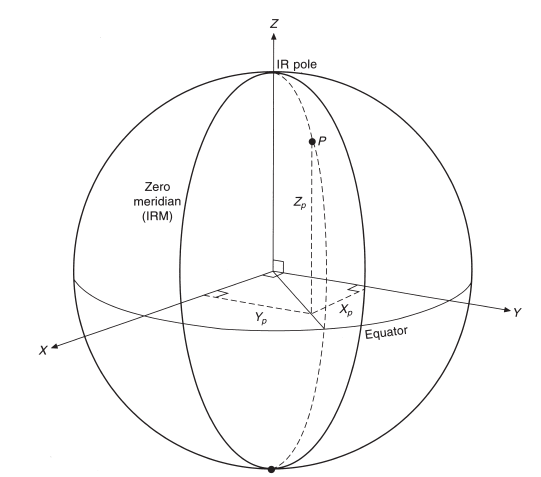 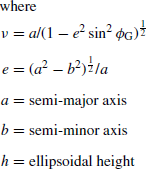 The transformation in equation (8.5) is complicated by the fact that ν is dependent on φG and so an iterative procedure is necessary.

Alternatively, φG can be found direct from

Cartesian coordinates are used in satellite position fixing. Where the various systems have parallel axes but different origins, translation from one to the other will be related by simple translation parameters in X, Y and Z, i.e. X, Y and Z.


The increasing use of satellites makes a study of cartesian coordinates and their transformation to ellipsoidal coordinates important.