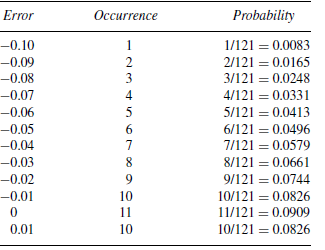 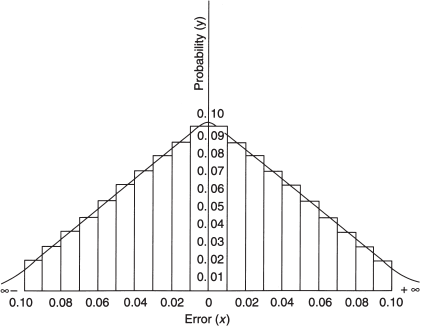 the upper half. If the decimal probabilities are added together they equal 1.0000. If the above results are plotted as error against probability the histogram of Figure 2.2 is obtained, the errors being represented by rectangles. Then, in the limit, as the error interval gets smaller, the histogram approximates to the superimposed curve. This curve is called the normal probability curve. The area under it represents the probability that the error must lie between ±0.10 m, and is thus equal to 1.0000 (certainty) as shown in Table.


(1) Positive and negative errors are equal in size and frequency; they are equally probable.
(2) Small errors are more frequent than large; they are more probable.
(3) Very large errors seldom occur; they are less probable and may be mistakes or untreated systematic errors.


The equation of the normal probability distribution curve is:

As already illustrated, the area under the curve represents the limit of relative frequency, i.e. probability, and is equal to unity. Thus a table of Normal Distribution curve areas (Table ) can be used to calculate 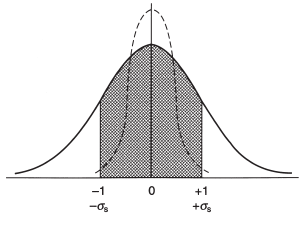 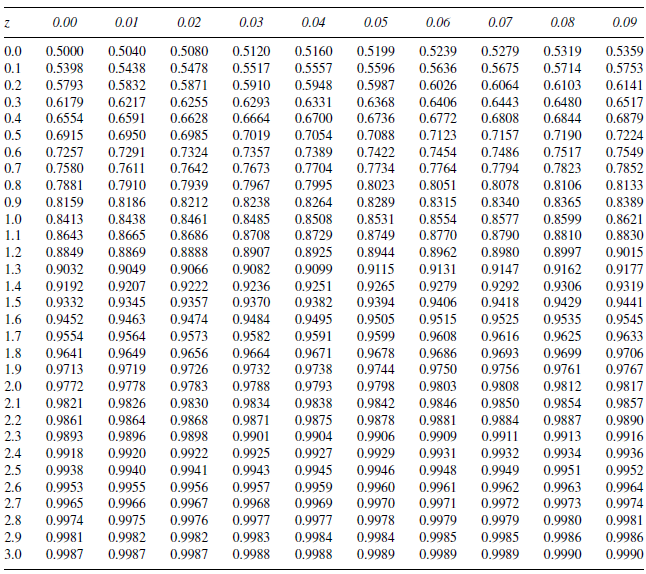 Area under the Normal Distribution curve