When obtaining the relative levels of two points on opposite sides of a wide gap such as a river, it is impossible to keep the length of sights short and equal. Collimation error, Earth curvature and refraction affect the longer sight much more than the shorter one. In order to minimize these effects, the method of
reciprocal levelling is used, as illustrated in Figure .


If the instrument near A observes a backsight onto A and a foresight onto B, the difference in elevation between A and B is: 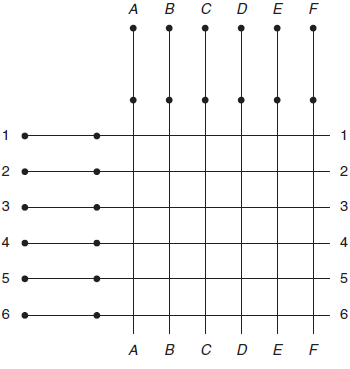 where: x1 = BS on A
x2 = FS on B
(c − r) = the combined effect of curvature and refraction (with collimation error intrinsically built into r) Similarly with the instrument moved to near B:'

This proves that the mean of the difference in level obtained with the instrument near A and then with the instrument near B is free from the errors due to curvature, refraction and collimation error. Random errors of observation will still be present, however. Equation  assumes the value of refraction is equal in both cases. Refraction is a function of temperature and pressure and so varies with time. Thus refraction may change during the time taken to transport the instrument from side A to side B. To preclude this it is advisable to use two levels and take simultaneous reciprocal observations. However, this procedure creates the problem of each instrument having a different residual collimation error. The instruments should therefore be interchanged and the whole procedure repeated. The mean of all the values obtained will then give the most probable value for the difference in level between A and B. 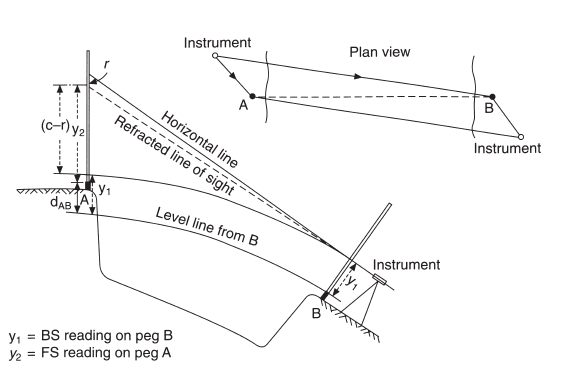