The GPS system can be broadly divided into three segments: the space segment, the control segment and the user segment. The space segment is composed of satellites (Figure ). The constellation consists at the time of writing of 29 satellites including spares. The satellites are in almost circular orbits, at a height of 20 200 km above the Earth or about three times the radius of the Earth and with orbit times of just under 12 hours. The six orbital planes are equally spaced (Figure 9.2), and are inclined at 55◦ to the equator. 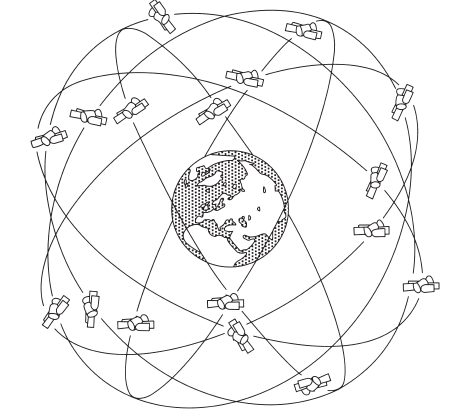 By contrast, the P code chips at 10.23 × 106 bits/sec and repeats every 267 days although each satellite only uses a seven-day segment of the whole code. The P code is thus about 2.4 × 1014 bits long.Without prior knowledge of its structure, the P code will appear as Pseudo Random Noise (PRN). This means that it is relatively easy for the user’s equipment to obtain lock onto the C/A code, since it is short, simple and repeats 1000 times a second.Without knowledge of the P code, it is impossible in practice to obtain lock because the P code is so long and complex. This is the key to selective access to the GPS system. Only those users approved by the US DoD will be able to use the P code. A 50 Hz data stream that contains the following information further modulates each code: 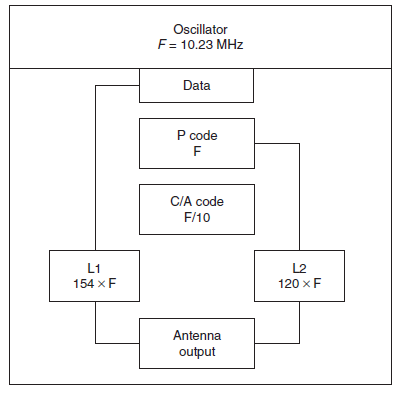