As already shown, the (t − T) correction occurs because a geodesic on the ellipsoid is a curved line when drawn on the projection and differs in direction, at a point, from the chord. Figure  illustrates the angle θ as ‘observed’ and the angle β as computed from the grid coordinates; then:

An approximate formula for (t − T) specific to OSGB(36)/OSTN02 is as follows:


The maximum value for a 10-km line would be about 7.
The signs of the corrections for (t − T) and grid convergence are best obtained from a diagram similar to that of Figure , where for line AB: 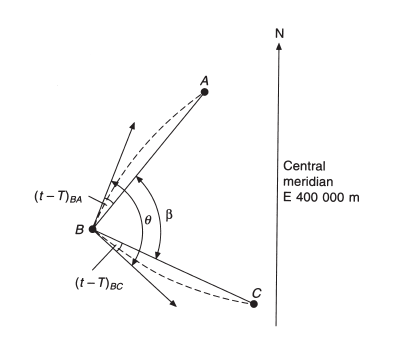 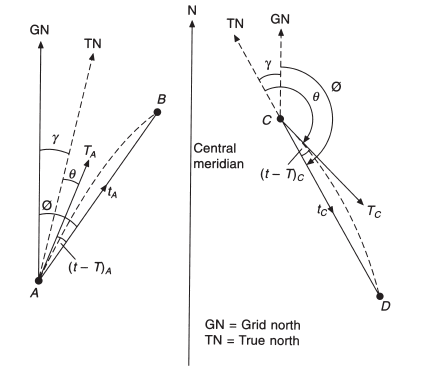