Figure  indicates a compound curve requiring transitions at T1, t and T2. To permit the entry of the transitions the circular arcs must be shifted forward as indicated in Figure where 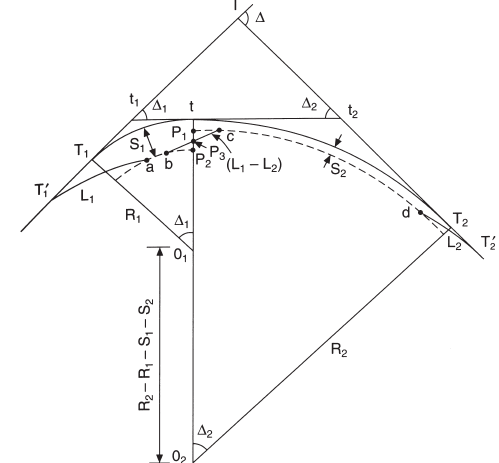 The lengths of transition at entry (L1) and exit (L2) are found in the normal way, whilst the transition connecting the compound arcs is:

The distance P1P2 = (S1 −S2) is bisected by the transition curve at P3. The curve itself is bisected and length bP3 = P3c. As the curves at entry and exit are set out in the normal way, only the fixing of their tangent points T 1 and T 2 will be considered. In triangle t1It2:

from which the triangle may be solved for t1I and t2I. 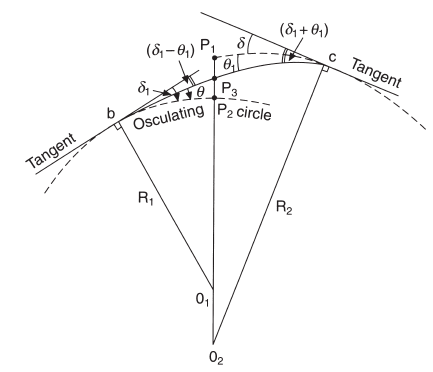 Transition between arcs of different radii

It should be noted that the osculating circle provides only an approximate solution, but as the transition is usually short, it may be satisfactory in practice. In the case of a reverse compound curve

otherwise it may be regarded as two separate curves.