An SLR parse table has a DFA as its core. Constructing this DFA from the grammar is similar to constructing a DFA from a regular expression; we first construct an NFA and then convert this into a DFA. Before we construct the NFA, we extend the grammar with a new starting production. Doing this to grammar 3.25. 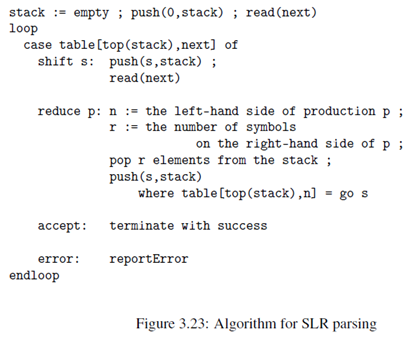 The next step is to make an NFA for each production. This is done exactly like in section 2.4, treating both terminals and non-terminals as alphabet symbols. The accepting state of each NFA is labelled with the number of the corresponding production. The result is shown in figure 3.26. Note that we have used the optimized construction for e (the empty production). 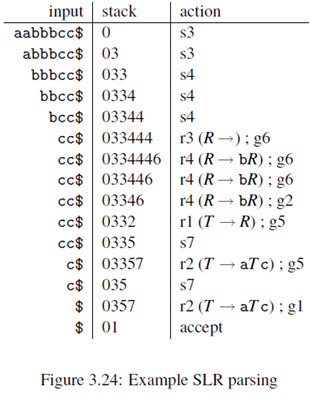 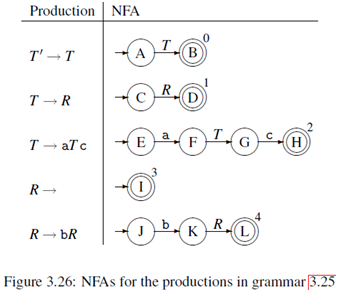