The translation scheme in Fig. 6.20 generates the same code as the syntax directed definition in Fig. 6.19. With the incremental approach, the code attribute is not used, since there is a single sequence of instructions that is created by successive calls to gen. For example, the semantic rule for E ->• E\ E2 in Fig. 6.20 simply calls gen to generate an add instruction; the instructions to compute Ei into Ei.addr and E2 into E2.addr have already been generated.

The approach of Fig. 6.20 can also be used to build a syntax tree. The new semantic action for E Ex E2 creates a node by using a constructor, as in

Here, attribute addr represents the address of a node rather than a variable or constant of generated instructions. 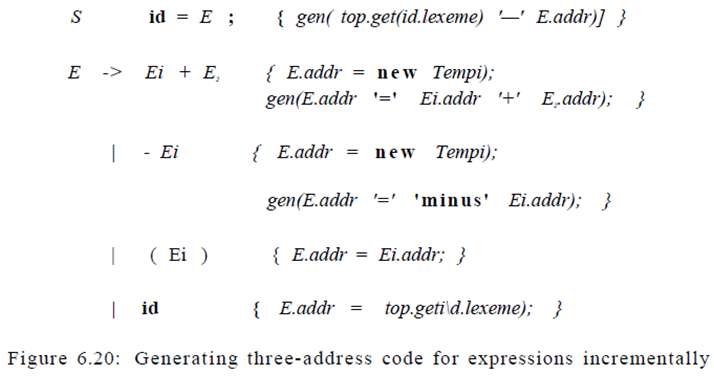