Networks can differ in many ways. Some of the differences, such as different modulation techniques or frame formats, are in the physical and data link layers, these differences will not concern us here.

Some of the many ways networks can differ: 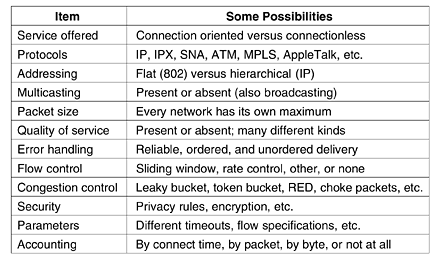 When packets sent by a source on one network must transit one or more foreign networks before reaching the destination network many problems can occur at the interfaces between networks.