A Light-Emitting Diode (LED) is a P-N junction solid-state semiconductor diode that emits light when a current is applied though the device. By scientific
definition, it is a solid-state device that controls current without the deficiency of having heated filaments. 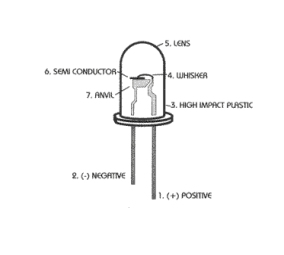 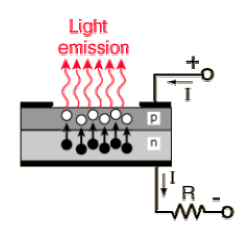 The bandgap energy, Eg is approximately equal to the emitted photon’s energy.

The number of photons may be obtained via the following expression

The diode current on the other hand, is related to the band-gap energy via the following formula