Photodetectors are devices, in which light form of photon is used to produce electrons for conduction, by having the absorbed photon liberate a bound electron.

The schematic diagram is shown in figure: 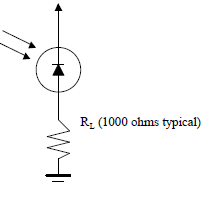 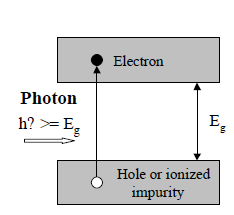