Photodiode: current and voltage in an illuminated Junction

Junction devices can be used to improve the speed of response and sensitivity of detectors of optical or high-energy radiation. Two-terminal devices designed to respond to photon absorption are called photodiodes. Some photodiodes have extremely high sensitivity and response speed.

Current and voltage in an illuminated Junction: 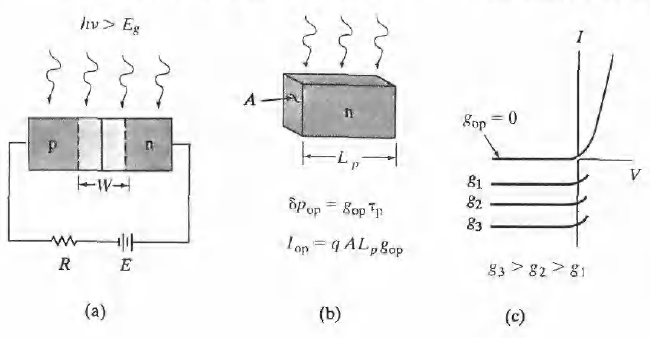 Thus the I- V characteristics of Fig.c cross the I-axis at negative values proportional to gop. When there is an open circuit across the device, I = 0 and the voltage V = Voc is

The appearance of a forward voltage across an illuminated junction is known as the photovoltaic effect.