A perfect semiconductor crystal with no impurities or lattice defects is called an intrinsic semiconductor. In such material there are no charge carriers at
0 K, since the valence band is filled with electrons and the conduction band is empty. At higher temperatures electron-hole pairs are generated as valence
band electrons are excited thermally across the band gap to the conduction band. These EHPs are the only charge carriers in intrinsic material. 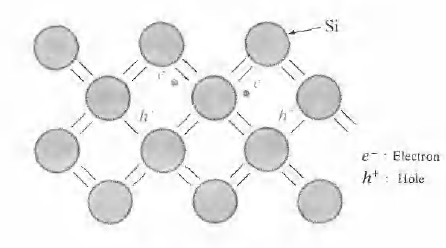 The factor αr is a constant of proportionality which depends on the particular mechanism by which recombination takes place.