We first set up an xyz coordinate system with the origin at any lattice point (it does not matter which one because they are all equivalent!), and the axis are lined up with the edges of the cubic unit cell. The three integers describing a particular plane are found in the following way: 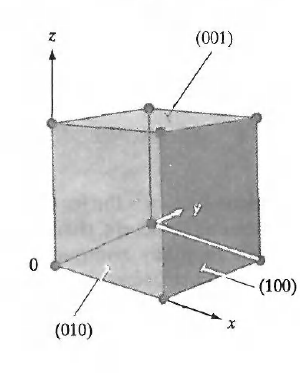 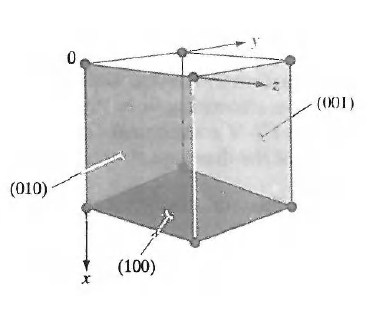