Carriers in a semiconductor diffuse in a carrier gradient by random thermal motion and scattering from the lattice and impurities. For example, a pulse of excess electrons injected at x = 0 at time t = 0 will spread out in time as shown in Fig. Initially, the excess electrons are concentrated at
x = 0; as time passes, however, electrons diffuse to regions of low electron concentration until finally n(x) is constant. 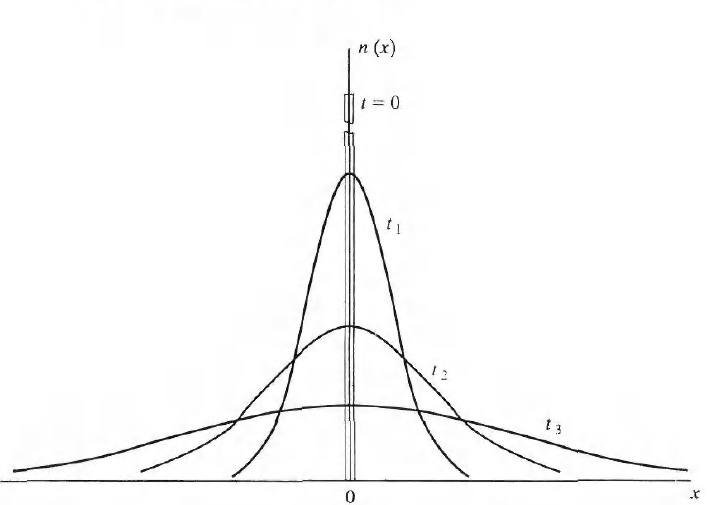 We can calculate the rate at which the electrons diffuse in a onedimensional problem by considering an arbitrary distribution n(x) such as Fig.(a) given below. Since the mean free path l between collisions is a small incremental distance, we can divide x into segments l wide, with n(x) evaluated at the center of each segment (Fig.b). 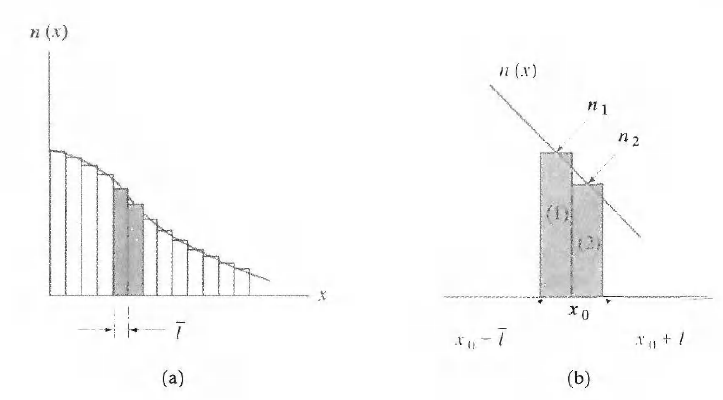 , where the area perpendicular to x is A. The rate of electron flow in the x direction per unit area (the electron flux density (Φn) is given by

Since the mean free path I is a small differential length, the difference in electron concentration {n1 - n2) can be written as