During C-V measurements, if the gate bias is varied rapidly from accumulation to inversion, the depletion width can momentarily become greater than the theoretical maximum for gate biases beyond Fr.This phenomenon is known as deep depletion, and causes the MOS capacitance to drop below the theoretical minimum, Cmin, for a transient period.

After a time period characteristic of the minority carrier lifetime, which determines the rate of generation of the minority carriers in the MOS device, the depletion
width collapses back to the theoretical maximum and the capacitance recovers to Cmin that is shown in figure. This capacitance transient, C-t, forms the basis of a powerful technique to measure the lifetime, known as the Zerbst Technique. 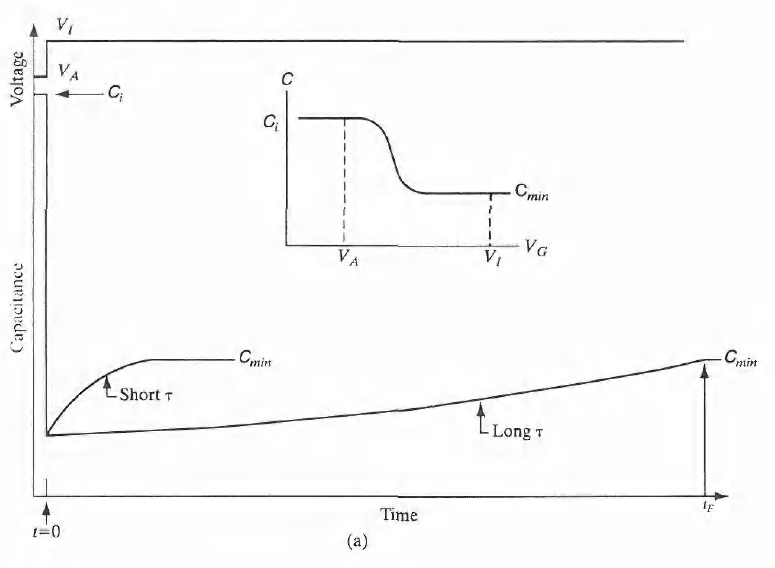