If we plot the threshold voltage as a function of channel length in MOSFETs, we find that VT decreases with L for very small geometries. This effect is called
the short channel effect (SCE), and is somewhat similar to DIBL.The mechanism is due to something called charge sharing between the source/drain.

Another related effect in MOSFETs is the narrow width effect, where the VT goes up as the channel width Z is reduced for very narrow devices. This can be understood from Fig. given below, where some of the depletion charges under the LOCOS isolation regions have field lines electrically terminating on the gate. Unlike the SCE, where the effective depletion charge is reduced due to charge sharing with the source/drain, here the depletion charge belonging to the gate is increased. The effect is not important for very wide devices, but becomes quite important as the widths are reduced below 1μm. 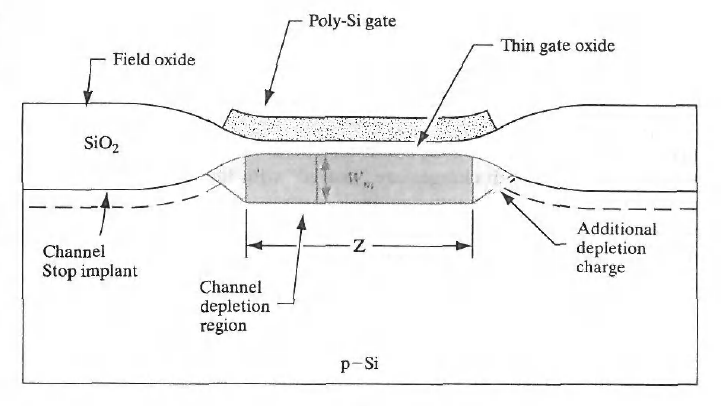