One of the most widely used electronic devices, particularly in digital integrated circuits, is the metal-insulator-semiconductor (MIS) transistor. In this device the channel current is controlled by a voltage applied at a gate electrode that is isolated from the channel by an insulator. 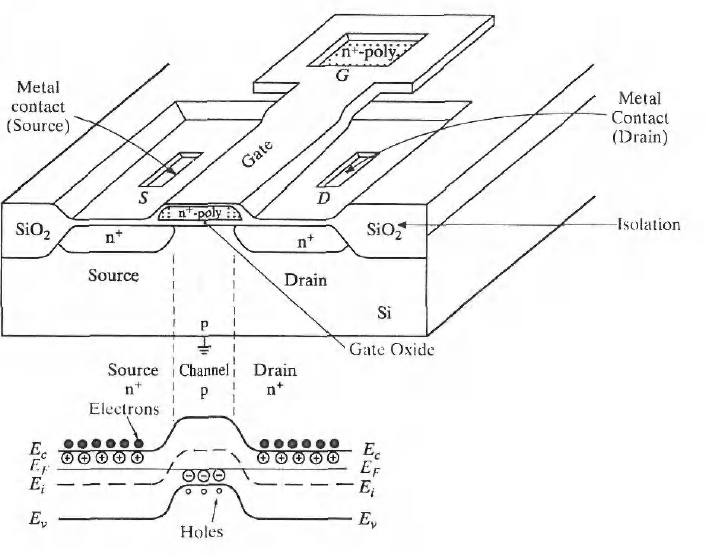