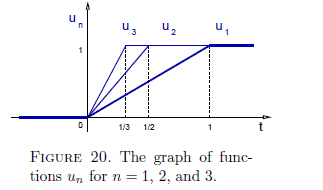 Proof of Theorem: The first equation in the above equation is simple to see from given figure and it is left as an exercise. The second equations can be proven as follows:

Where in the last line we used that

The third equation can be proven as: