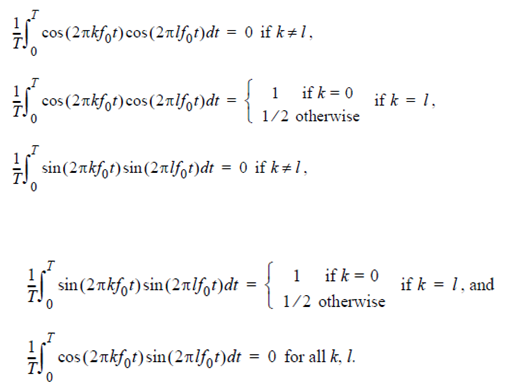 Thus if we multiply a T - periodic signals by either cos ( 2πkf0t ) or sin ( 2πkf0t ) and integrate over one cycle, we  isolate that components in the signals, contribution from all other components drop out of the results. Orthogonality implies that if there is a cos ( 2πkf0t )components in a signal, it can only be represented by ak in the Fourier series. In particular no other combination of coefficients could be used to represent that components. The same is true for a       sin ( 2πkf0t )component and bk. Thus orthogonality implies that the Fourier series of a waveform is unique.