When a mobile moves into a different cell while a conversation is in progress, the MSC automatically transfers the call to a new channel belonging to the new base station. This handoff operation not only involves identifying a new base station, but also requires that the voice and control signals be allocated to Channels associated with the new base station.

Handoff must ensure that the drop in the measured signal is not due to momentary fading and that the mobile is actually moving away from the serving base station.

Running average measurement of signal strength should be optimized so that unnecessary handoffs are avoided.

Dwell time: the time over which a call may be maintained within a cellwithout handoff 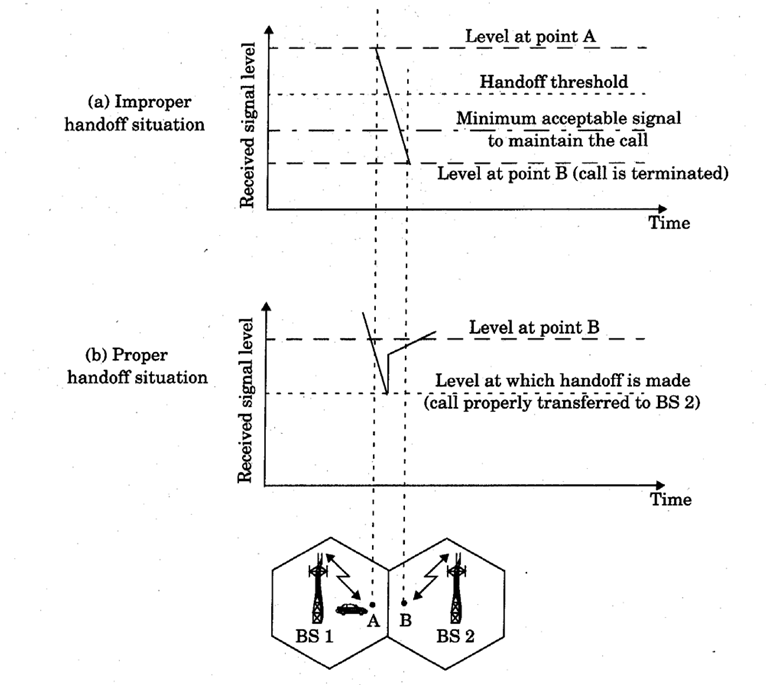 Handoff marginΔ=Pr,handoff−Pr,minimumusablecannot be too large or too Small.