Code division multiple access (CDMA) is a form of multiplexing and a method of multiple access that divides up a radio channel neither by time nor by frequency but instead by using different pseudo-random code sequences for each user. 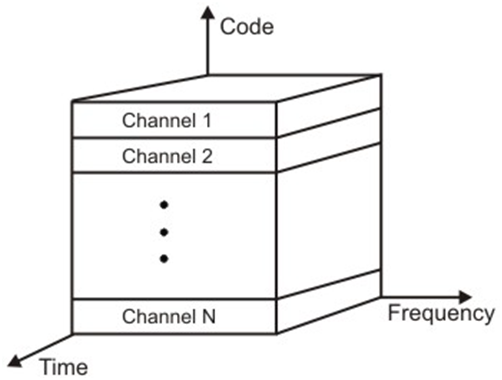 The original data signal is not transmitted continuously. Instead, the signal is transmitted in short bursts where thetimes of the bursts are decided by the spreading code