Common channel signaling (CCS) is a digital communications technique that provides simultaneous transmission of user data, signaling data, and other related traffic throughout a network. For second generation wireless communications systems, CCS is used to pass user data and control/supervisory signals between the subscriber and the base station, between the base station and the MSC, and between MSCs.The concept of CCS implies dedicated, parallel channels; it is implemented in a TDM format for serial data transmissions 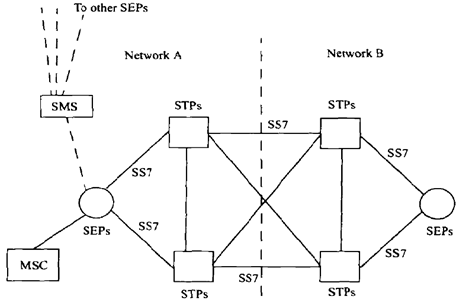