A part of speech coding system which analyzes the voice signal at the transmitter is known as Vocoders. By using those parameters the transmit parameters are analysis and then synthesizeMuch more complex than waveform coders and achieve very high economy in transmission rate.But they are less robust, and their performance tend to be talker dependent.

Figure 7.5 shows the traditional speech generation model that is the basis of all vocoding systems 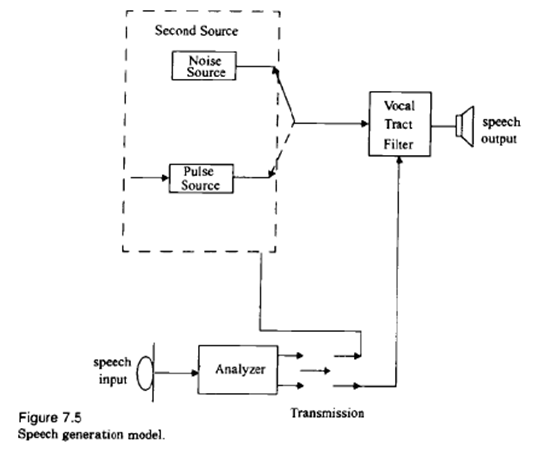