The JPEG image compression standard is a transform coding technique which uses a block-based DCT. This experiment will apply the same coding technique (quantization of transform coefficients) to a facimile test image using the DGT and a block-based DCT. The DCT is implemented with 8x8 blocks to match the 8 pixel centers of the DGT basis functions. The Joint Photographic Experts Group (JPEG) is the working group of ISO, International Standard Organization, that defined the popular JPEG Imaging Standard for compression used in still image applications. The counter part in moving picture is the ``Moving Picture Experts Group" (MPEG).

JPEG compression is based on certain transform, either DCT or wavelet transform, due to the essential properties of orthogonal transforms in general: 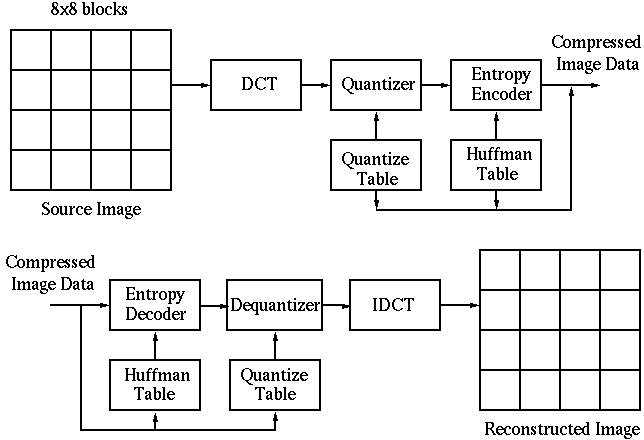 Here are the steps of JPEG image compression based on DCT: