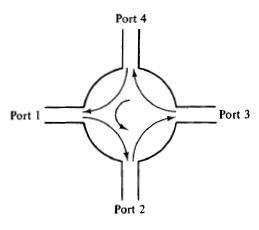 Figure 1 : The symbol of a circulator 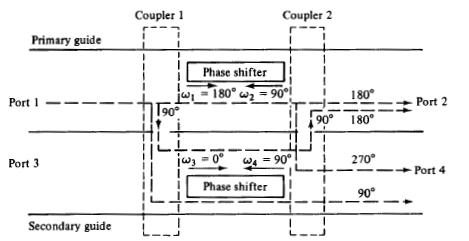 where m and n are any integers, including zeros. A similar analysis shows that a wave incident to port 2 emerges at port 3 and so on. As a result, the sequence of power flow is designated as 1 → 2 → 3 → 4 →1.

Many types of microwave circulators are in use today. However, their principles of operation remain the same. Figure 3 shows a four-port circulator constructed of two magic tees and a phase shifter. The phase shifter produces a phase shift of 180°. The explanation of how this circulator works is left as an exercise for the reader.