Recommendation ITU-T G.651.1, Characteristics of a 50/125 μm multimode graded index optical fibre cable for the optical access network, provides specifications for a 50/125 μm multimode graded index optical fibre cable suitable to be used in the 850 nm region or in the 1 300 nm region or alternatively may be used in both wavelength regions simultaneously. This Recommendation contains the recommended values for both the fibre and cable attributes.
The applications of this fibre are in specific environments of the optical access network. These environments are multi-tenant building sub-networks in which broadband services have to be delivered to individual apartments. This multimode fibre supports the cost-effective use of 1 Gbit/s Ethernet systems over link
lengths up to 550 m, usually based upon the use of 850 nm transceivers. Quite a large percentage of all customers in the world are living in these buildings. Due to the high connection density and the short distribution cable lengths, cost-effective high capacity optical networks can be designed and installed by making use of 50/125 μm graded-index multimode fibres.
The effective use of this network type has been shown by its extended and experienced use for datacom systems in enterprise buildings with system bit-rates ranging from 10 Mbit/s up to 10 Gbit/s. This use is supported by a large series of IEEE system standards and IEC fibre and cable standards, which are used as the main references in Recommendation ITU-T G.651.1. 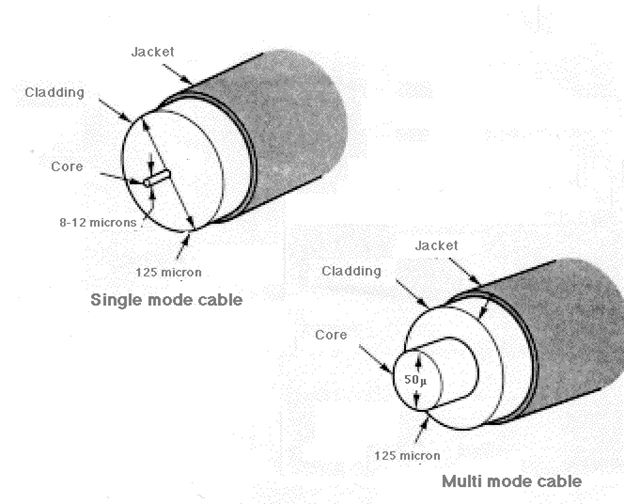