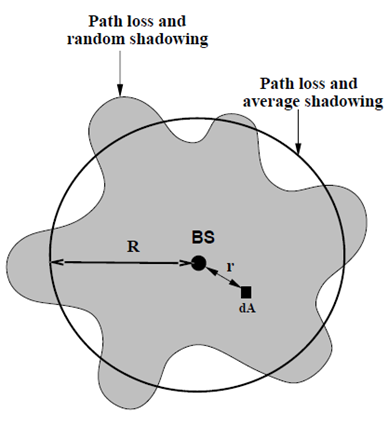 is the received power at the cell boundary (distance R from the base station) due to path loss alone.