The Viterbi algorithm can be described as follows: 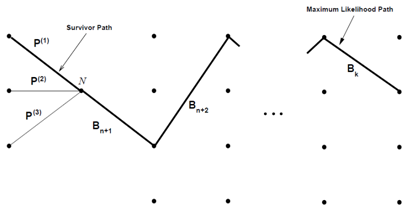