The reason for the upper limit of eight active devices is the 3-bit address used in Bluetooth. 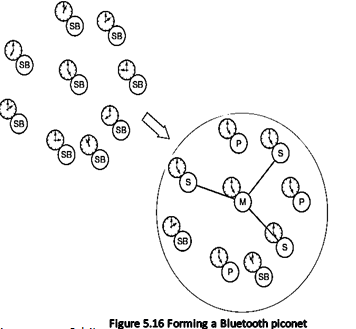 After adjusting the internal clock according to the master a device may participate in the piconet. All active devices are assigned a 3-bit active member address (AMA). All parked devices use an 8-bit parked member address (PMA).