Capacity of CDMA with Multiple Cells

A particular base station is unable to control the power of users in neighboring cells, and these users add to the noise floor and decrease capacity on the reverse link of the particular cell of interest. 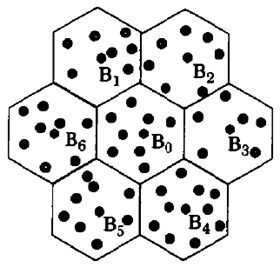 And the frequency reuse efficiency, F, is defined as