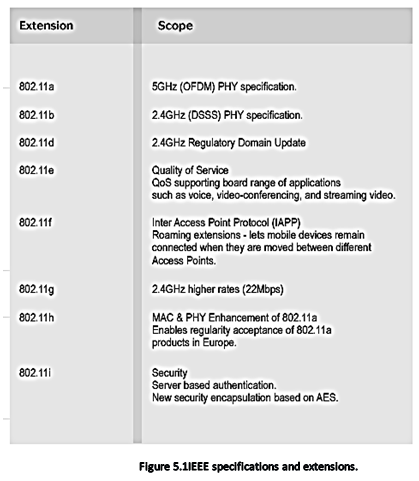 802.11a uses the orthogonal frequency division multiplexing (OFDM) standard, so data transfer rates can be as high as 54 Mbps.