used to simulate or analyze any type of radio transmission through the given channel.

The impulse response is a useful characterization of the channel, since it may be used to predict and compare the performance of many different mobile communication systems and transmission bandwidths for a particular mobile channel condition. 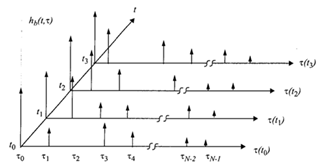