The RAKE receiver is essentially a diversity receiver designed specifically for CDMA, where the diversity is provided by the fact that the multipath components are practically uncorrelated from one another when their relative propagation delays exceed a chip period. 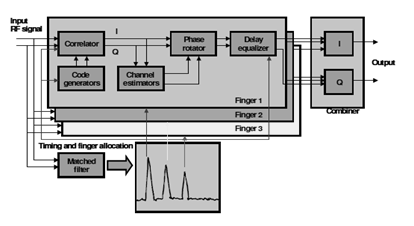 The weighting coefficients, am, are normalized to the output signal power of the correlator in such a way that the coefficients sum to unity