Equalization techniques can be subdivided into two general categories

Types of Equalization Techniques: These categories are determined from how the output of an adaptive equalizer is used for subsequent control (feedback) of the equalizer.

The decision maker determines the value of the digital data bit being received and applies a slicing or thresholding operation (a nonlinear operation) in order to determine the value of d(t). 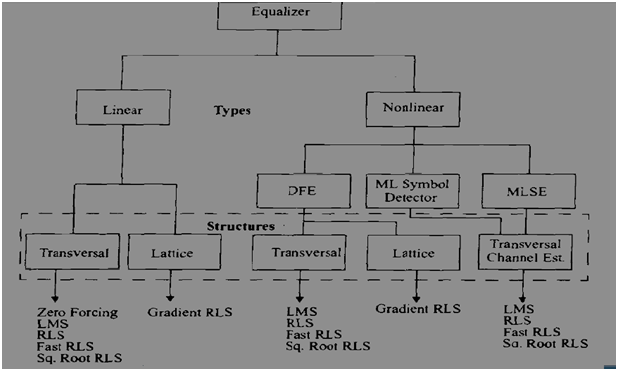