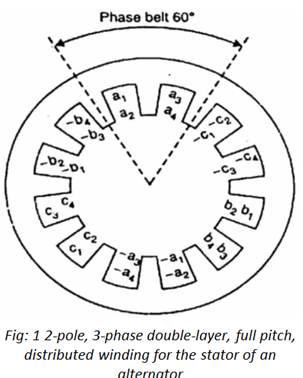 (iv) Since most of a.c. machines are of 3-phase type, the three windings of the three phases are identical but spaced 120 electrical degrees apart.