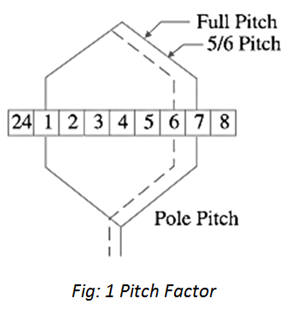 3.       Due to elimination of high frequency harmonics, eddy current and hysteresis losses are reduced thereby increasing the efficiency.

It is always less than unity.