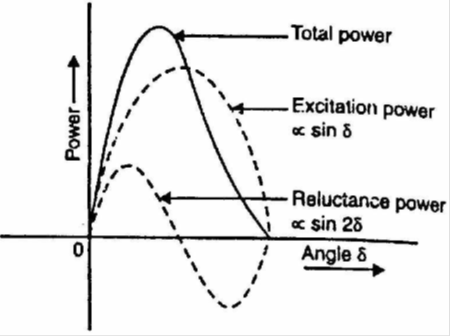 Fig shows the power-angle characteristic of a salient-pole machine. It is clear that reluctance power varies with δ at twice the rate of the excitation power.

The peak power is seen to be displaced towards δ = 0, the amount of displacement depends upon the excitation.