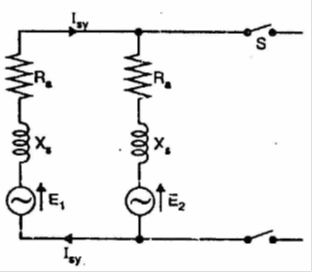 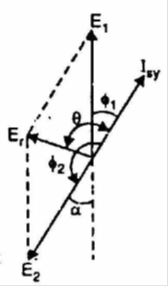 In Fig. (1), machine 1 is generating and machine 2 is motoring. The power supplied by machine 1 is called synchronizing power. Referring to Fig. (2), we have,

The synchronizing power goes to supply power input to machine 2 and the Cu losses in the local circuit of the two machines.

Note that in this expression, a is in electrical radians.

of bbth machines is negligible 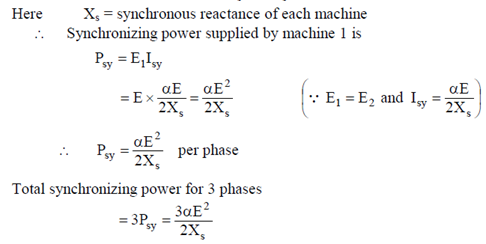