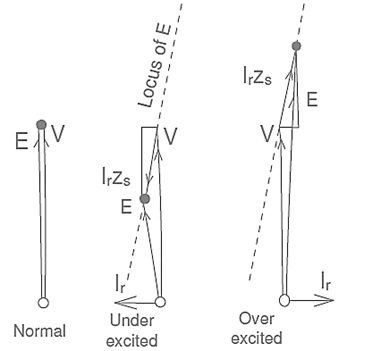 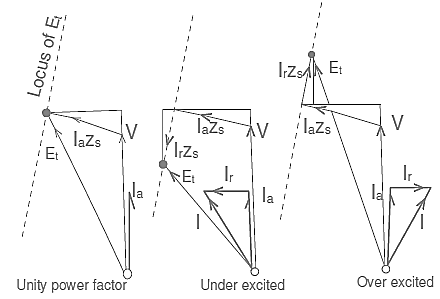 The behavior of a synchronous generator or a pair of synchronous generator supplying a single concentrated load. In view of the tremendous increase in the size of interconnected transmission and distribution systems in the last few decades, and the power generation is contracted at a few large power stations.

The generating plant capacity is of a few hundred or thousand MVAs. In such a plant several generators (of say a few hundred 100 kvAs each) will be operated in parallel. Not all of them will be operating simultaneously as we may not have the demand for the total capacity of the plant all the time.

Practically all synchronous motors and generators in normal industrial use on large power supply systems can be considered as connected to infinite bus-bars, the former because they are relatively small, the latter on account of the modern automatic voltage regulators for keeping the voltage practical, constant at all loads.

The behaviour of the synchronous machine connected to infinite bus bars can be easily described from the electrical load diagram of a synchronous generator.