The circular current loci for constant mechanical power of a synchronous motor is called the O-curves. The curves of armature current vs field current are called the V-curves. 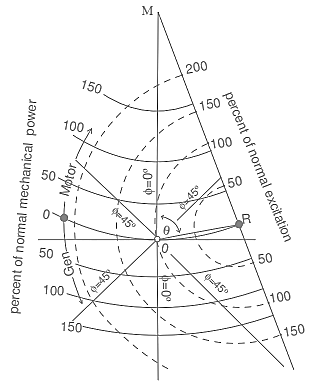 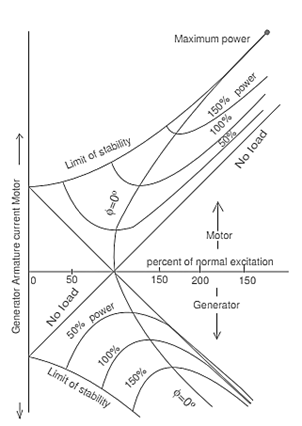